Faun is one of my favourite pagan folk bands, famous for its beautiful mysterious style mixed by medieval, Celtic,Nordic folk and modern music.
From the ancient Roman mythology, Faun represents the rustic forest god, half….

（a majestic prelude begins）
Oh, I’ve been waiting for you for a thousand years…
Oh, no, a hundred years…Nope, ten years…
Whatever, finally I’m desined to see this show…
Nightwish is my…..

Shinya Shokudo (Night Restaurant) is the Japanese manga series by a male artist Abe Yaro, first published in 2006 and gained great popularity for its nice presentations of Japanese food and real life stories about common people working around Shinjuku, Tokyo, the well-known red light district.
From 2009, it has been adapted into live-action TV drama with 3 seasons, and a real movie in early 2015.
In 2010, it won the 55th Shogakukan Manga Award for general manga. At the same year,it was awarded…..

Élan (means impulsion,passion),is a song from the latest album “Endless Forms Most Beautiful”of Finnish symphonic metal band Nightwish in March 2015, which marks the first to feature its 3rd leading singer, Ms Floor Jansen and the uilleann pipes musician Troy Donockley as a full-time member.It’s a pity that….

Omnia is a pagan folk band based in Netherlands. No matter its music style or members’ looks, it definitely appears to be a cult band for its respect for nature, personal liberty and freedom of thought & expression for all, which could be called the Black Guardian of Anarchism (well, it shall be green guardian, actually).
Same as other pagan folk bands, Omnia has…..

Well, long time no music article. Let me post some live show of my favourite Nightwish, the famous symphonic metal band of Finland.

After Ms. Anette Olzon left because of her family issue, Nightwish finally announced Ms. Floor Jansen to be their new lead vocalist in Oct, 2013. Meanwhile…. 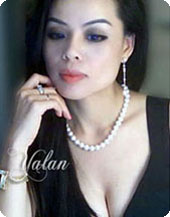 1、All the articles & photos with watermarks belong to me. Do not use or re-post without permission.
2、For writing request or re-post, please contact by mail ( repost must keep the original link of my blog ); if it's for commercial, please offer a fair payment.